Ol Pejeta is one of the great sanctuaries in Kenya with all the Big Five animals present in the sanctuary. It is the largest black rhino sanctuary in East Africa with a population of southern white rhinos, home of the last two northern white rhinos left in the world and the sweetwaters chimpanzee sanctuary which protects the orphaned and abandoned chimpanzees from all over East Africa. The sanctuary offers great things to film with major attraction being the Black Rhinos.

What to film at Ol Pejeta Conservancy

Ol Pejeta is home to two of the world’s last remaining northern white rhinos and a sanctuary for over 110 critically endangered black rhinos. The Conservancy employs highly trained rhino protection squads, partners with international veterinary experts and ensures data is gathered regularly on each individual animal.

Meet and film Baraka the Black Rhino: Baraka was one of the first rhinos born on the Ol Pejeta Conservancy. With a low chance of survival on his own, Baraka was moved from the wild to a 100 acre enclosure in order to ensure his safety on your filming trip to this conservancy you will have an opportunity to film Baraka as well.

The Sweetwaters Chimpanzee Sanctuary was established with an agreement between the Ol Pejeta Conservancy, the Kenya Wildlife Service (KWS) and the Jane Goodall Institute. The aim is to provide lifelong refuge to orphaned and abused chimpanzees from West and Central Africa. Over the last decade, Sweetwaters Chimpanzee Sanctuary has been compelled to keep accepting chimpanzees rescued from traumatic situations bringing the total number of chimpanzees in the Sanctuary to 36. Many are confiscated from cramped and unnatural living conditions, and many arrive with horrific injuries sustained from abuse at the hands of humans. Here at Sweetwaters, they get a chance to start over.

Take this unique opportunity to head out on Ol Pejeta Conservancy to track the lion population. It is a great way to support the conservation project and to learn more about these fascinating animals with an up-close experience encounter. Tracking excursions depart daily between 06:30h – 09:30h and 15:30h – 18:30h. 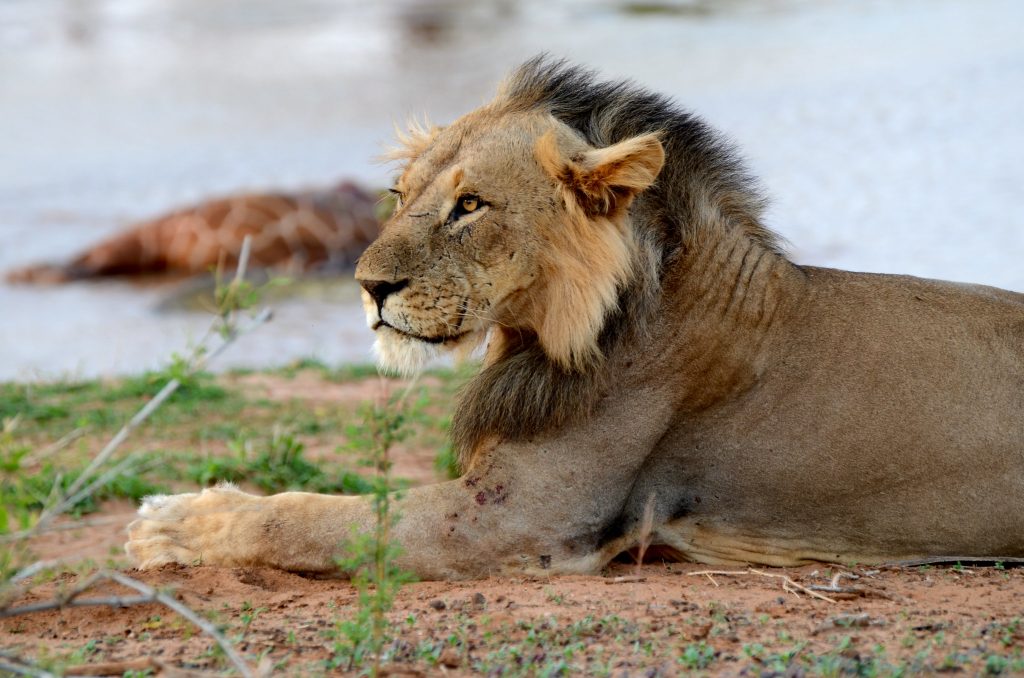 What is the best time to film Black Rhinos at Ol Pejeta.

Typically, Kenya’s long rains occur in April, May and early June. This is followed by a cooler dry season between July and October. The short rains fall for a few weeks in November, and the hotter dry season is December to March. Ol Pejeta Conservancy has excellent game all year round. For self drive visitors, a 4×4 is essential in the rainy season.

You will need to get a filming permit from Kenya Film Commission and permission from Ol Pejeta Conservancy authorities for you to be allowed to film in Ol Pejeta Conservancy. In order to obtain a Filming Permit, one must write a letter requesting for the permit and fill an application form which must be accompanied by a copy of the screenplay, a story synopsis and a shooting schedule. These should be sent to the Film Licensing Officer, Kenya Film Classification Board. Filming permit for features, documentaries, short films, music videos, corporate videos and commercials are issued within minutes of application. Applications for TV Series and full length feature films are processed in less than 48 hours of application. Contact us at Film crew fixers Uganda we will be able to help you process the filming permissions with the Local Authorities in Kenya.

You will need to purchase the tourist visa. Many film crews prefer obtaining their visas before they come to Kenya but visa’s can be obtained easily upon arrival at any entry point and in this case Nairobi International Airport upon paying either USD50.00 for Tourist Visa you will be able to get it immediately.

Film Crew Fixers Uganda will help you organize transport for film crews to film in Ol Pejeta Conservancy depending on their interest, budget and the nature of roads in such selected locations to film in the park. We recommend Customized 4×4 Land Cruisers which costs from USD200-250 per vehicle per day with Driver/Fixer or 4×4 Safari Vans from USD200 per Van per day with driver/Fixer. For us to estimate how much it will cost in terms of fuel, we will need to look at your filming schedule to establish mileage and distance to be travelled. We also organize both charter and schedule air transport for those that need to fly in order to reduce on the number of hours.

Why use Film crew fixers Uganda to film in Ol Pejeta Conservancy, Kenya

Film crew Fixers is a local fixer company based in Uganda, we assist filming companies and Production agencies in Uganda and East Africa as a whole for the last 8 years. We handle all fixer services required with our professional team of local fixers and driver guides. We have all relevant connections with other service providers and government agencies to make sure that accreditation and filming permits are processed in the shortest time possible. Contact us for details and all relevant information you would like to know for successful filming in Ol Pejeta Conservancy.