What to film in Nkona Wildlife Management Area

Local community-based Wildlife conservation activities. You will have an opportunity to film how the local communities have succeeded to participate in wildlife conservation through benefit sharing with positive results. IKONA shares its borders with the Serengeti National Park, Ikorongo and Grumeti Game Reserves, and Sasakwa Concession Area. The WMA is made up of five villages located in the western side of the Serengeti National Park, in Serengeti District, Mara region.

Ikona wildlife management area is another great place to film wildebeests in Tanzania. The Great Wildebeest migration concentrates at IKONA between May and June, the time which tens of thousands of wildebeest cross the Ikona Wildlife Management Area on their way to Maasai Mara Game Reserve in Kenya. Wildlife at the management is similar to those in Serengeti National Park. Big African Mammals you can film in IKONA are large wildlife species, including Elephants, Lions, Buffaloes, Giraffes, Hartebeests, Waterbucks, Wildebeests, Warthogs, Leopards, Topis, Roan Antelopes, Lesser and Greater Kudu, Klipspringer, Zebras, Hippopotami, Black, and White Colobus Monkeys and Crocodiles. 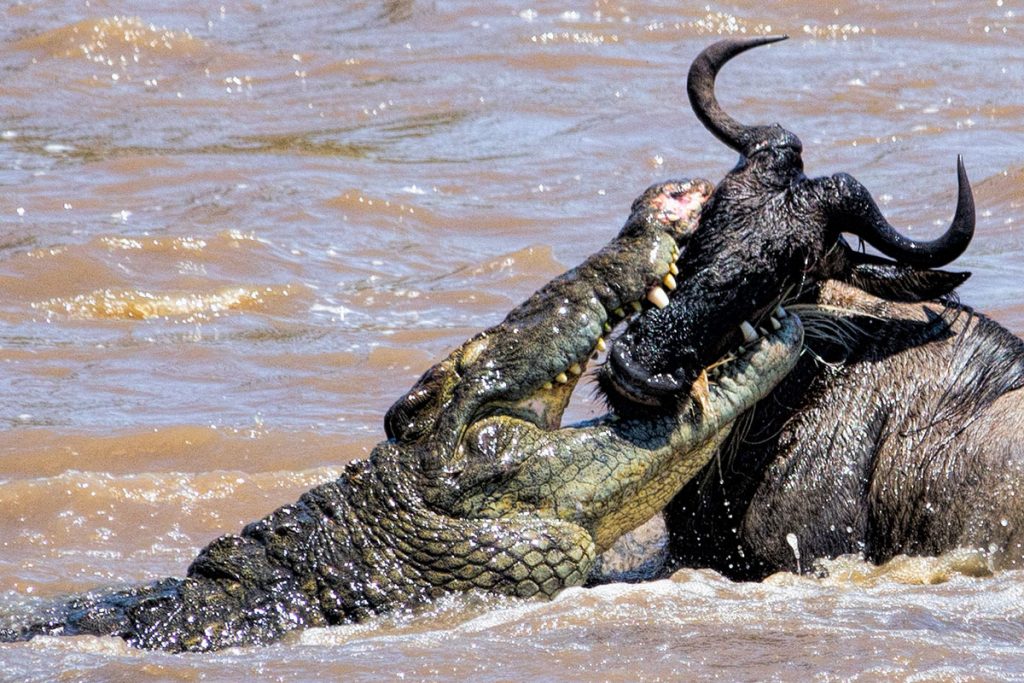 Other attractions to film in IKONA Wildlife Management Area include the Fort Ikoma historical site where German forces camped during the First World War. There are trenches to escape from enemy attacks down to River Grumeti and which German soldiers dug, also bunkers to counter the British bombardment from Kenya.

Requirements and fees to film in Ikona Wildlife Management Area

You will need to get a filming permit from Tanzania Film Censorship Board and Tanzania National Park Authority for you to be allowed to film in Ikona Wildlife Management Area. Securing a filming permit in Tanzania can be an expensive and time-consuming process so make sure to allow plenty of time for us to help you secure the permit for you. The first step is to complete all necessary applications with the help of your Tanzanian production service producer/fixer. The application will be submitted to your local Tanzanian consulate so that they can complete the application. Once that is done you will send the original documents back to your Tanzanian service producer/fixer for finalizing with local Tanzanian authorities.

Other permissions and fees for filming in Ikona Wildlife Management Area

Once you have obtained a filming permit for filming in Tanzania, there may be other permissions needed depending on what and where you want to film in Ikona Wildlife Management Area. Permissions include filming inside the national park or conservation area, drone filming, and night filming. Tanzania has many rules and regulations when it comes to filming and therefore it is important to be properly guided through this long bureaucratic process.

On top of the above, you will need to cover accommodation, Visas and work permits, fixer fees, and transport for a successful shoot in Ikona Wildlife Management Area as below;

Film Crew Fixers Uganda will help you organize transport for film crews to film in Ikona Wildlife Management Area depending on their interest, budget, and the nature of roads in such selected locations to film in the park. We recommend Customized 4×4 Land Cruisers which costs from USD200-250 per vehicle per day with Driver/Fixer or 4×4 Safari Vans from USD200 per Van per day with driver/Fixer. For us to estimate how much it will cost in terms of fuel, we will need to look at your filming schedule to establish mileage and distance to be traveled.

All our vehicles come with drivers who act as location fixers and most of them have been to almost all parts of Tanzania and are thus conversant with the local situations and are able to provide relevant information and fix any situation on the ground. These act as intermediaries between you and our office while on location in Tanzania. Contact us here if you are in need of a Film fixer in Tanzania to help you film in Ikona Wildlife Management Area.

Where to stay during filming in Ikona Wildlife Management Area

Lodge options to stay in during filming in Ikona Wildlife Management Area range from Budget, mid-range to luxury options. You will choose what to stay in depending on your interests and budget. Lodge options include IKONA Wild Camp, Grumeti Migration Camp – Eco Lodge, and Grumeti Hill among others. Contact us here for booking and reservation details

What is the best time to film in Ikona Wildlife Management Area?

Filming in Ikona Wildlife Management Area is done throughout the year and the best time is during the months of December to February and then June to October which is relatively drier than March to May and November.

Film crew Fixers is a local fixer company based in Uganda, we assist filming companies and Production agencies in Uganda and East Africa as a whole for the last 8 years. We handle all fixer services required with our professional team of local fixers and driver guides. We have all relevant connections with other service providers and government agencies to make sure that accreditation and filming permits are processed in the shortest time possible. Contact us for details and all relevant information you would like to know for successful filming in Ikona Wildlife Management Area.