Meru National Park is located in the East Northeastern part of Kenya in Meru District of Eastern province. Meru is a savannah National Park part of a complex of protected areas along the Tana River that includes the adjacent Bisanadi and Mwingi National Reserves, Kora National Park and Rahole National Reserve. The park is crossed by numerous permanent streams, draining from the Nyambenes and flowing in parallel between tongues of lava south-eastwards towards the Tana River. The park offers great wildernesses and wildlife for filming.

What to film in Meru National Park 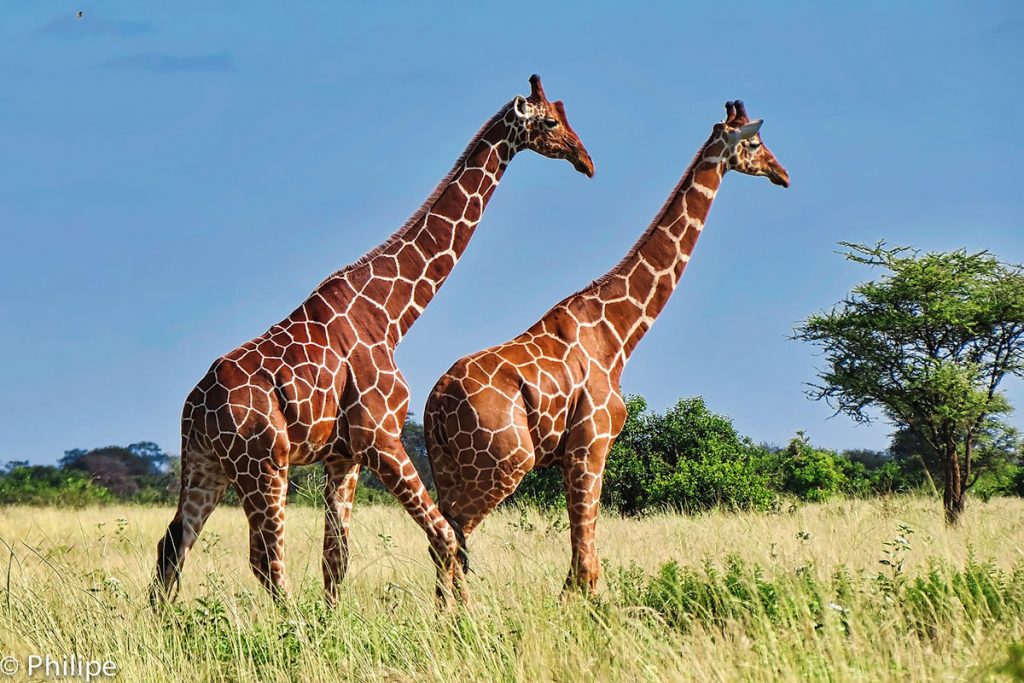 Meru National Park is former home of Joy and George Adamson and Elsa the lioness, views of Mountain Kenya, Rivers and riverine habitats, Tana River and Adamson’s falls. A section of the park has been designated a wilderness area in which there are no roads this area is worth filming in this park. The park is part of the domain made famous by the writing of Joy Adamson.

How to get to Meru National Park for Filming

By Road: You can access the park from Nairobi 348km drive via Nyeri-Nanyuki-Meru or Via Embu all weather roads.

By Air: There are scheduled domestic flights from Nairobi to Kina airstrip next to Meru Mulika Lodge and Elsa’s Kopje airstrip.

You will need to get a filming permit from Kenya Film Commission for you to be allowed to film in Meru National Park. In order to obtain a Filming Permit, one must write a letter requesting for the filming permit and fill an application form which must be accompanied by a copy of the screenplay, a story synopsis and a shooting schedule. These should be sent to the Film Licensing Officer, Kenya Film Commission. Filming permit for features, documentaries, short films, music videos, corporate videos and commercials are issued within minutes of application. Applications for TV Series and full length feature films are processed in less than 48 hours (2 to 3 days) of application. Contact us at Film crew fixers Uganda we will be able to help you process the filming permissions with the Local Authorities in Kenya.

The following charges are applied for any filming in Meru National Park in Kenya:

On top of the above you will need to cover accommodation, transport and others for a successful shoot as below;

Film Crew Fixers Uganda will help you organize transport for film crews to film in Meru National Park depending on their interest, budget and the nature of roads in such selected locations to film in the park. We recommend Customized 4×4 Land Cruisers which costs from USD200-250 per vehicle per day with Driver/Fixer or 4×4 Safari Vans from USD200 per Van per day with driver/Fixer. For us to estimate how much it will cost in terms of fuel, we will need to look at your filming schedule to establish mileage and distance to be travelled. We also organize both charter and schedule air transport for those that need to fly in order to reduce on the number of hours to Meru National Park.

Fixers in Kenya to help you film in Meru National Park

Lodge options to stay in during filming range from Budget, mid-range to luxury options. You will choose what to stay in depending on your interests and budget. Contact us here for details. Lodge options in Meru National park include Elsa’s Kopje, Leopard Rock Lodge, Murera Bandas, Kinna Bandas, Kampi Bardi, Kitanga, Makutano, Rojoweru, Mugung, Ken Mare and Kanjoo among others.

What is the best time to film in Meru National Park?

Filming in Meru National Park is done all year round and the best time is during the months of December to February and then June to October which is relatively drier than March to May and November.

Why use Film crew fixers Uganda to film in Meru National Park, Kenya

Film crew Fixers is a local fixer company based in Uganda, we assist filming companies and Production agencies in Uganda and East Africa as a whole for the last 8 years. We handle all fixer services required with our professional team of local fixers and driver guides. We have all relevant connections with other service providers and government agencies to make sure that accreditation and filming permits are processed in the shortest time possible. Contact us for details and all relevant information you would like to know for successful filming in Meru National Park.