Mountain Kenya National Park is located in the East of the Rift Valley about 140km north northeast of Nairobi across the equator. The park was declared a UNESCO World Heritage Site in 1997 and is also a biosphere reserve. It covers 715 sq km and includes the peaks standing 3200 meters above sea level. The park contains a variety of habitats including higher forest, bamboo, alpine moorlands, glaciers, tarns and glacial moraines. There is much to film in Mountain Kenya National Park including spectacular lakes, mountain climbing, wildlife, cave exploration, snow capped mountain peaks among others. The park is made up of Mountain Kenya which is the second tallest peak in Africa with major two peaks Batian (5200m) and Nelion (5188m) above sea level.

What to film in Mountain Kenya National Park

The park is home to rare species of animals, pristine wilderness, lakes, tarns, glaciers and peaks of great beauty offering you great scenery for filming. 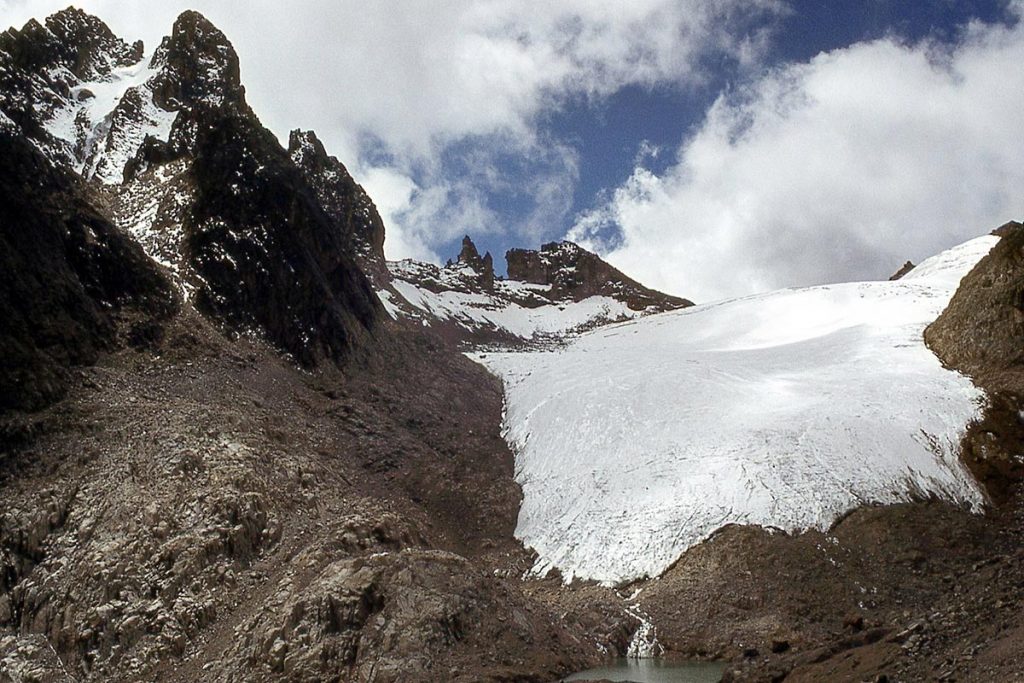 Like filming in other National Parks in Kenya, you will also need to get a filming permit from Kenya Film Commission for you to be allowed to film in Mountain Kenya National Park. In order to obtain a Filming Permit, one must write a letter requesting for the permit and fill an application form which must be accompanied by a copy of the screenplay, a story synopsis and a shooting schedule. These should be sent to the Film Licensing Officer, Kenya Film Commission. Filming permit for features, documentaries, short films, music videos, corporate videos and commercials are issued within minutes of application. Applications for TV Series and full length feature films are processed in less than 48 hours of application. Contact us at Film crew fixers Uganda we will be able to help you process the filming permissions with the Local Authorities in Kenya for you to be able to successfully film in this park

The following charges are applied for any filming in Mountain Kenya National Park in Kenya:

On top of the above you will need to cover Press accreditation, accommodation, transport and others for a successful shoot as below;

At Film Crew fixers all our vehicles come with drivers who act as location fixers and most of them have been to almost all parts of Kenya and are thus conversant with the local situations and are able to provide relevant information and fix any situation on ground. These acts as intermediaries between you and our office while on location in Mountain Kenya National Park.

What is the best time to film in Mountain Kenya National Park?

Filming in Mountain Kenya National Park is done all year round and the best time is during the months of December to February and then June to October which is relatively drier than March to May and November.

Lodge and Hotel options to stay in during filming in Mountain Kenya National Park range from Budget, mid-range to luxury options. You will choose what to stay in depending on your interests and budget. Contact us here for booking details. Options include Serena Mountain Lodge, Batian Guesthouse and Sirimon Bandas. There are several bunkhouses and climbing huts on the climbing route of Mount Kenya.

How to get to Mountain Kenya National Park

By road: The Park can be accessed on the Nanyuki-Isiolo road via Sirimon Track or the Nyeri-Nanyuki road near Naro Moru. The Park is also accessible via Chogoria on the Embu-Meru road about 200km north of Nairobi.

By Air: There are scheduled domestic flights from Nairobi to Nanyuki airstrip you will need to book a transfer from this airstrip to your lodge in advance to avoid inconveniencies or arrival.

Film crew Fixers is a local fixer company based in Uganda, we assist filming companies and Production agencies in Uganda and East Africa (Kenya, Rwanda, Tanzania and Burundi) as a whole for the last 8 years. We handle all fixer services required with our professional team of local fixers and driver guides. We have all relevant connections with other service providers and government agencies to make sure that accreditation and filming permits are processed in the shortest time possible. Contact us for details and all relevant information you would like to know for successful filming in Mountain Kenya National Park.