Nairobi is the capital and largest city in Kenya it was formerly known as “Enkare Nyrobi” a Maasai phrase meaning cool waters. Nairobi has many hotels of all categories, lively markets, malls, museums, cultural centers, snake parks, sanctuaries and wildlife parks, stadiums, and golf courses with Nairobi National park in close proximity this makes it one of the most beautiful international cities in the world. Nairobi City is one of the major entry points by Air in East Africa which has made it a major economic center and hub for filming in East Africa. With just a few kilometers’ drive from Nairobi, you can find busy business districts, urban slums, rural areas, industrial neighborhoods, historical and colonial houses, farms, and wildlife parks which offer great opportunities to film. Nairobi city has a great history of its colonial past up to Independence times making it great for filmmakers who focus on history, nature, science, and modern society.

Kenya is truly a beautiful country. It tells a story of contrasting landscape, treasured wildlife, all-year-round sunshine, and hospitable people and its major hub in Nairobi. The following are the major spots of the city great for filming each has its unique aspect of History, Geography, and Culture, some are within the city and others in the city environs. 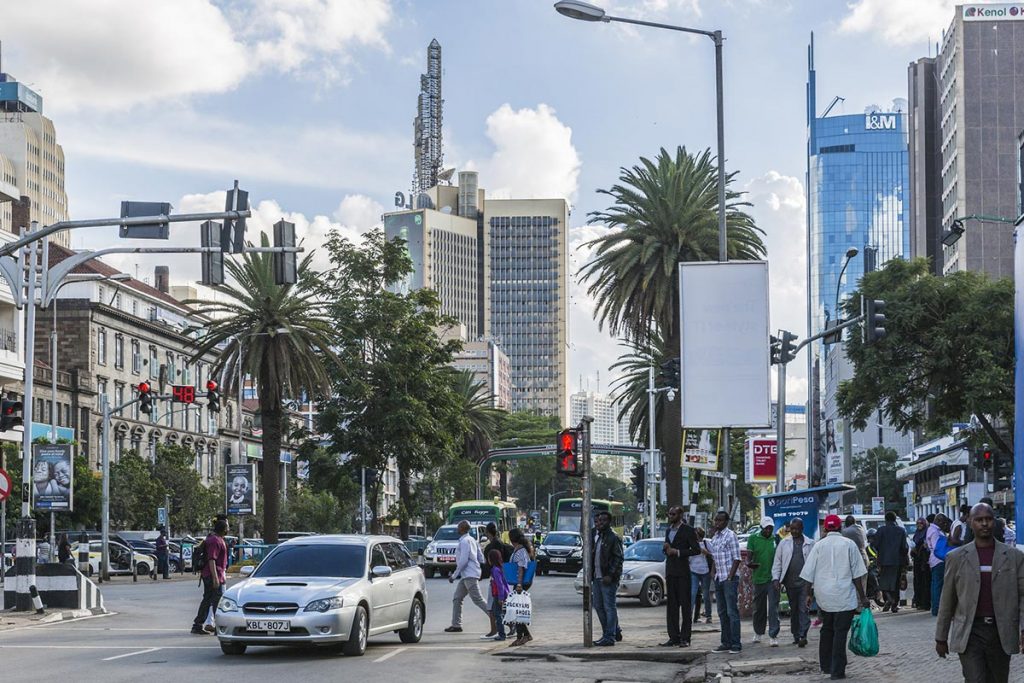 The Nairobi National Museum is an archive of Kenya’s history, geography, and culture, the museum gives you an opportunity to have an in-depth insight about Kenya and what it has to offer. At the museum, you will be able to film traditional Kenyan cultural artifacts, rare minerals, stuffed birds, and live snakes among other attractions depicting Kenya’s history.

The park is located just 7 kilometers away from Nairobi. Nairobi National Park is unique in being the only protected area in the world with a variety of animals and birds close to the capital city. The park gives you an opportunity to film the country’s beautiful and diverse wildlife. The park has over 80 recorded mammal species including buffalo, rhino, lion, leopard, crocodile, and hippos, over 400 bird species can be spotted in the park. The park is also known as one of the most successful Kenya Rhino sanctuaries.

Giraffe Manor is an exclusive boutique hotel owned by The Safari Collection, it is one of the most beautiful and iconic buildings in Kenya. The most fascinating thing about the Giraffe Manor is the resident herd of Rothschild’s giraffes who at times visit the hotel in the morning and evening that poke their long necks into the windows in the hope to receive some food and treat. This is great to film during filming in Nairobi and a night stay here can be included as part of the complete tailor-made filming itinerary in Kenya.

Nairobi Animal Orphanage is another great to film in Nairobi; it is the oldest animal orphanage in Kenya. It is located amidst the lush vegetation of Nairobi National Park; it was established in 1964 as a refuge and rehabilitation center for wild animals found abandoned or injured in Kenya. Animals received at the Orphanage center go through medical extermination followed by treatment before entering a feeding and rehabilitation program.

The Nairobi Safari Walk is a showcase for Kenya’s parks and reserves allowing visitors to discover what they can expect to see across the country. On this walk, you will have an opportunity to film and see a sample of the country’s rich animal life up-close including the rare bongo, white rhino, and albino zebra as well as cats, antelopes, and primates.

Nairobi city is a hub for business leaders, diplomats, and international exhibitions which are hosted in the Kenyatta International Conference Center. Filming the KICC will give you an opportunity to capture and show a glimpse of Nairobi’s present and future as a center of business in Africa.

The Ngongo Hills present a difference between urban modernity and beautiful, undisturbed nature which is present in Nairobi. At the Hills, you will be able to film where areas where the edge of the city meets Kenya’s lush rural landscapes.

Kibera slum is the largest slum in Nairobi. It offers an opportunity to film the day to leaving of Kenyans in the slums, at this slum there is also an opportunity to see giraffes roaming a savannah near to the city.

Requirements to film in Nairobi

You will need to get a filming permit from Kenya Film Commission for you to be allowed to film in Nairobi. In order to obtain a Filming Permit, one must write a letter requesting the permit and fill out an application form which must be accompanied by a copy of the screenplay, story synopsis, and a shooting schedule. These should be sent to the Film Licensing Officer, Kenya Film Commission. Filming permits for features, documentaries, short films, music videos, corporate videos, and commercials are issued within minutes of application. Applications for TV Series and full-length feature films are processed in less than 48 hours of application. Contact us at Film crew fixers we will be able to help you process the filming permissions with the Local Authorities in Kenya.

The following charges are applied for any filming in Nairobi National Park in Kenya:

On top of the above you will need to cover accommodation, transport, and others for a successful shoot as below;

You will need to purchase a tourist/business visa. Many film crews prefer getting their visas before they come to Kenya but visa’s can be obtained easily upon arrival at any entry point and in this case Nairobi International Airport upon paying either USD51.00 per person for Tourist Visa you will be able to get it immediately.

Film Crew Fixers will help you organize transport for film crews to film in Nairobi depending on their interest, budget, and the nature of roads in such selected locations to film in the park. We recommend Customized 4×4 Land Cruisers which costs from USD200-250 per vehicle per day with Driver/Fixer or 4×4 Safari Vans from USD200 per Van per day with driver/Fixer. For us to estimate how much it will cost in terms of fuel, we will need to look at your filming schedule to establish mileage and distance to be traveled. We also organize both charter and scheduled air transport for those that need to fly in order to reduce the number of hours.

Lodge options to stay in during filming in Nairobi range from Budget, mid-range to luxury options. You will choose what to stay in depending on your interests and budget. Contact us here for details. Lodges in Kenya Include New Kenya Lodge, Ngongo House, Giraffe Manor, Osoita Lodge, Konar House Lounge among others.

What is the best time to film in Nairobi City?

Filming in Nairobi is done throughout the year and the best time is during the months of December to March and then June to October which is relatively dry than March to May and November. January to March is hot and dry, April to June is hot and wet and July to October is very warm and wet.

Why use Film crew fixers to film in Nairobi, the Capital of Kenya

Film crew Fixers is a local fixer company based in Uganda, we assist filming companies and Production agencies in Kenya and East Africa (Uganda, Rwanda, Burundi and Congo) as a whole for the last 8 years. We handle all fixer services required with our professional team of local fixers and driver guides. We have all relevant connections with other service providers and government agencies to make sure that accreditation and filming permits are processed in the shortest time possible. Contact us for details and all relevant information you would like to know for successful filming in Nairobi Capital City of Kenya.